Final report : logitrans in the Upswing of Turkish Economic Growth

The three-day Istanbul logitrans closed its doors on November 15, 2019 with more than 15,600 participants and an exhibitor increase of 16 percent. Of the 158 exhibitors, approx. more than half came from foreign countries. According to the number of companies, Germany, Italy, Austria, France and Lithuania were among the top five in a total of 24 countries. In addition, Canada confirmed the importance of logitrans as the largest logistics fair in Eurasia with the first non-European joint pavilion.

“Turkey is a lively hub in the Mediterranean region. The range of exhibitors and the variety of logistics solutions confirm the location as a geostrategic logistics hub of international interest,” Gerhard Gerritzen stated, member of the Executive Board of Messe München, at the opening with a view to the facts. The exhibition space in two halls at the Expo Center ifm covered 11,500 square meter, and 158 exhibitors (2018: 136) from 24 countries (2018: 20) were present. These included Turkish service providers such as Omsan or Arkas, international stakeholders such as the two Danish companies DSV and the transport and logistics group DFDS as well as important players in the sea freight sector such as Hamburg Süd or the port of Trieste.

logitrans' offer covered all modes of transport and sectors with a focus on project, automotive and consumer goods logistics. Onur Göcmez, General Manager at Arkas Lojistik: “We meet as many customers in three days at logitrans as we can visit in a month. We conclude contracts and direct sales there. The trade fair is a significant contribution to our sales figures.” Nihat Ö. Ayhan, Sales Director, Schmitz Cargobull Treyler Turkey, expressed similar praise: “The interest in our products was enormous. logitrans has once again proved to be a good platform, not only for good contacts, but also for successful business transactions during the fair.”

Ilker Altun, Managing Director, EKO MMI Fuarcılık Ltd Şti, Turkey emphasized in the opening speech: “The massive investments in our infrastructure are taking effect. Our economy is growing. Turkey is once again increasingly establishing itself as a Eurasian hub in global logistics chains and above all as a hub for the New Silk Road in the central corridor via the Caucasus.” Around this powerful logistics hub for Turkey, the trade fair topics concentrated on supply chains to North Africa and Southeastern Europe and, above all, on transports toward the Middle East and China. The Austrian Rail Cargo Group, German Kombiverkehr and the international association Trans-Caspian International Transport Route (TITR) together with its member companies from the Commonwealth of Independent States (CIS) were representatives of intermodal connections.

The currently booming internet trade and the increasing production figures of the automotive industry are among the strongest drivers of the volume of goods. Turkey is betting on contacts to the rest of the world with a view to further economic growth. Canada was the first non-European trade fair participant and one of the trade fair highlights with its country pavilion. As Turkey's largest foreign trade partner, Germany was represented with a total of 15 exhibitors and a country pavilion. Under the chairmanship of Stefan Schröder, Chief Advisor of the Logistics Alliance Germany, representatives of the German companies Universal Transport and Am Zehnhoff-Söns discussed which innovative solutions German logistics can offer with Peter Lüttjohann, Head of the Unit for Freight Transport and Logistics at the Federal Ministry of Transport and Digital Infrastructure (BMVI). 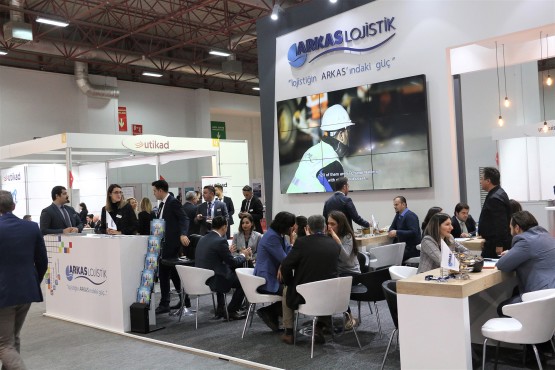 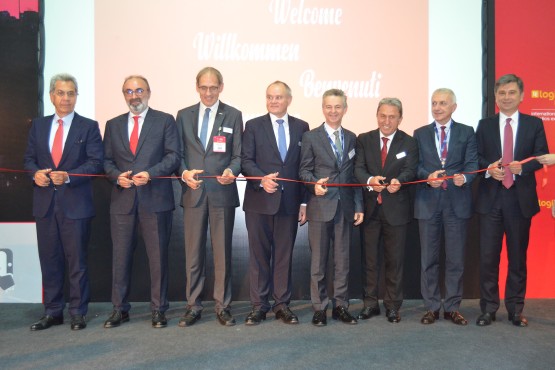