With its own population of bees at its Munich location, Messe München is actively involved in nature and species conservation. On its open space, the company set up ten hives with about 40,000 bees. The first honey harvest has now taken place. Messe München is pleased to have around 600 kilograms of honey.

Around 400,000 honeybees have found a home at the exhibition grounds in Riem, Munich. On its own grounds alone, the company has enabled the bees to collect their raw material from an area the size of about 40 soccer pitches since earlier this year. “By introducing bees onto the exhibition grounds, we want to contribute actively to the survival of indigenous bees and to biodiversity”, says CEO Klaus Dittrich. With its initiative, Messe München is directly helping to maintain the ecological balance in the vicinity.

“Messe München has the advantage of so much space. Where possible, we make this available to the bees. As well as open areas on the ground, we also laid out some of our hall roofs as a natural ecospace”, emphasizes Klaus Dittrich. With 220,000 square meters of green areas, about 2,500 trees, the greened outer walls of halls and 35,000 square meters of roof greening, the exhibition center is literally ‘green’—and is now home to ten beehives as well.

The bee colonies were introduced and are looked after by the company Dany Bienenwohl. This Munich firm has made it its task to introduce honeybees increasingly in the city area once again. Messe München supports this project by setting up beehives at the exhibition center.

Why bees are so important

After cattle and pigs, bees are regarded as Germany’s most important production animals. By transferring the pollens from flower to flower, they pollinate approximately two thirds of all agricultural crop plants. The bee is indispensable to our ecosystems and landscapes. In recent years, however, bee colonies have been decimated because of the varroa mite, a parasite of the honeybee. Pesticides, colorless landscapes, lack of food sources and loss of the animals’ natural habitat are regarded as further reasons for the dying out of bees. Because of their importance to biological diversity, bees are protected by Federal law on nature conservation and species protection regulations.

For Messe München, business success and responsible action go together. The company supports environmental and climate protection as well as the conservation of resources. As the first exhibition center in the world, Messe München was awarded the certificate for an ‘Energy-Efficient Enterprise’ by the German organization for technical inspection and control TÜV SÜD. Examples of the company’s high standards of sustainability in operating the exhibition center are the photovoltaic installations on the roofs of the fair, a cogeneration system powered by natural gas and a sophisticated rainwater infiltration system to relieve the load on the drains. Parts of the exhibition center are heated with geothermal energy. Messe München is now already a signatory of the rightandfair sustainability code, whose ten guiding principles focus on sustainability in organizing and carrying out events. 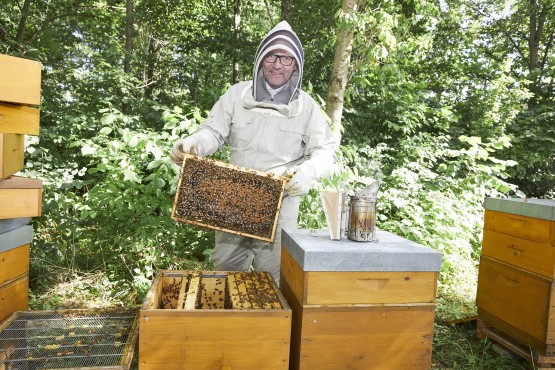 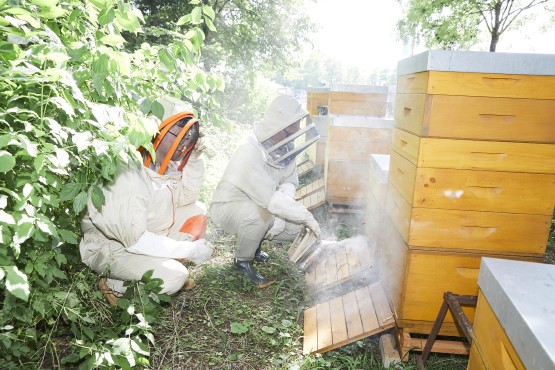 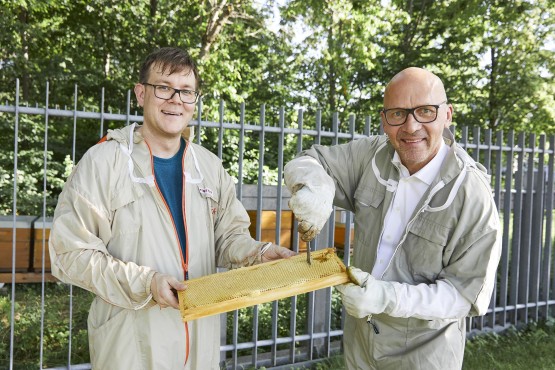