Final report : ISPO Munich points the industry toward the future

ISPO Munich, the world’s largest trade fair for sporting goods, ended today with a successful attendance total of about 80,000 visitors. Even though the winter weather made it difficult for some visitors to attend the fair, it also brightened spirits in the 18 halls of Messe München. In addition to innovations in the areas of winter sports, outdoor and fitness, the industry learned how to remain attractive to consumers of the future. The issues of sustainability, digitalization and, for the first time, eSports played a major role here.

Klaus Dittrich, Chairman and CEO of Messe München, says: “ISPO Munich showed there is a deep, untapped pool of potential for the brands and retailers of the sporting goods industry. This can fuel growth and, above all, energize the industry. We also successfully introduced the area of eSports this year.” Talks and games were broadcast from the new eSports arena on the fair’s own Twitch channel. More than 300,000 viewers over the past three days clearly demonstrated the range of eSport. This creates a tremendous opportunity for the entire sports industry, particularly in terms of reaching young target groups. Digitalization plays a key role here. “Failing to think digitally is not an option,” says Stefan Herzog, General Secretary of the Association of German Sports Retailers. “The world is changing. Each of us must change, too. ISPO Munich offers specialist retailers everything they need to be competitive today and tomorrow.” “According to Herzog, new platforms such as ISPO Digitize are the ideal complement. Since its premiere a year ago, ISPO Digitize has become the place to go for manufacturers and retailers of sporting goods who want to learn about digital products and services—and, above all, visualize the potential of digitalization. The next ISPO Digitize Summit will be held on July 3 and 4, 2019, in Munich.

Sustainability is becoming a higher priority
“Each of us is responsible for our planet,” Dittrich says. “The sporting goods industry can do its part by using sustainable materials and production processes.” Consumers are also increasingly demanding that products be made in an environmentally conscious manner and be recyclable. “The industry has an opportunity to become trailblazers and to set standards before government regulators take matters into their own hands,” state Arne Strate, General Secretary of the European Outdoor Group (EOG). He adds, “sustainability has also become a business model.”

ISPO Munich Sports Week and Night Run
For sports fans beyond the exhibition halls, the ISPO Munich Sports Week took place for the second time: a joint initiative with sporting goods retailers, fitness partners and brands that is designed to fuel Munich’s passion for sports with a large number of activities. More than 170 events provide a week’s worth of athletic excitement and fun for consumers. The highlight was the ISPO Munich Night Run presented by BUFF® on February 2, an event that drew a record number of about 650 participants. “It was a great race and the perfect way to start the year,” says Florian Neuschwander, a professional runner who won the event. The ISPO Munich Sports Week will continue through February 9.

ISPO Munich in numbers
Around 80,000 industry visitors from 120 countries came to Munich (2018: 83,606). The countries with the largest number of visitors (in this order) were Italy, Austria, France, Switzerland, Great Britain and the Russian Federation.

A total of 2,943 exhibitors showcased their products and innovations. This represents an increase of 5 percent over the previous year. The share of international exhibitors also set a record at 89 percent (2018: 88 percent). The largest participant groups by country were Germany, China, France, Great Britain, Italy, Taiwan and the United States.

Service
You will find more details and background information about the four days of the trade fair and other industry news at ispo.com. The media database offers photo material. All ISPO TV reports are available on our website. 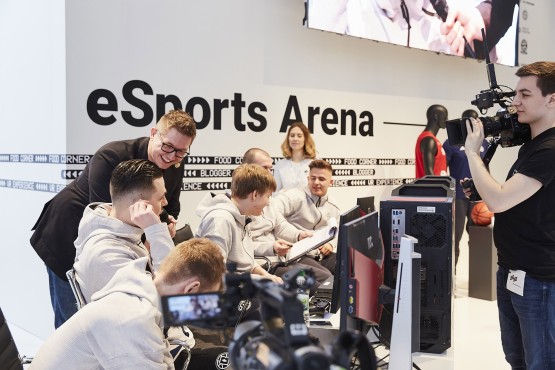