Top results in the home market and abroad, for its own as well as guest events: Messe München is very pleased about the best year in its history. Group sales for 2019 will likely be around EUR 480 million. The EBITDA—earnings before interest, tax, depreciation and amortization—is expected to exceed EUR 130 million. A substantial increase is also becoming evident in terms of exhibitors, visitors and events carried out. Messe München is thus continuing its successful growth course.

“For Messe München, 2019 was a year of superlatives and we are very, very proud of it”, says Klaus Dittrich, Chairman & CEO of Messe München. “This is the result of a foresighted, long-term focusing of our exhibition business on strengthening the home market and international business, the two mainstays in this mega year of records. With our sales figures, we are well on the way to achieving the objectives of our Strategy 2021.”

In the year 2019, Messe München organized 43 events of its own throughout the world, 15 of them in Munich and 28 abroad. In addition, there were 163 guest events and congresses at the Messe München Locations. The total of 206 events at home and abroad were attended by about 3.15 million visitors and 44,500 exhibitors. In the home market of Munich, around 2.5 million visitors and 32,500 exhibitors were welcomed. Most gratifying here was the increase of three percent in both exhibitor and visitor numbers at the company’s own events compared to the previous editions. The number of exhibitors from abroad even increased by nine percent, visitors from abroad by seven percent.

The highlight was bauma 2019, which underpinned its claim as the world’s leading trade fair for construction and mining machinery. The largest fair in the world in terms of area set new standards and beat all the records. But numerous other trade shows in the home market of Munich also went off very successfully and attained record results.

Most impressive was the appearance by Nobel peace laureate and former US President Barack Obama at the founders’ conference “Bits & Pretzels”. Messe München thus underpinned its claim as a venue for events of global standing. Gratifying too was the successful expansion of the women’s network “Connect Women” to Berlin and Hamburg. Right away, more than 60 decision-makers from business, politics, culture, media and education followed the nationwide call of this network.

Successful year of events too for Messe München locations

In the year 2019, one event that proved to be a highlight right away was the Aviation Forum of the BDLI German Aerospace Industries Association, which was held in Munich for the first time. In addition, the Messe München Locations were again booked for numerous top-level IT congresses. After confirmation that the European Society of Cardiology Congress—Europe’s largest and most important medical congress—will be coming here in the year 2023, this is awaited with pleasant anticipation.

International business was the second mainstay in this mega year of records. Abroad, Messe München generated sales revenue of approximately EUR 68 million. About 650,000 visitors and 12,000 exhibitors took part in the 28 trade shows there. On average altogether, nine percent more visitors and ten percent more exhibitors were registered at the company’s own events abroad compared to the previous editions. The largest share of sales in 2019 too was held by China, where Messe München has now been operating successfully for 20 years. Apart from that, further impressive successes were achieved—especially in India. According to the Indian Exhibition Industry Association (IEIA), Messe München was the biggest international fair organizer there in 2019.

To stay fit for the future in the year 2020 as well, Messe München will be launching some new events and formats. Thus in February 2020, digitalBAU takes place for the first time in Cologne; in November, the premiere of air cargo forum Miami will be staged. In March, the second edition of Command Control is offering an innovation: at this cyber security summit, the initial “Digital Transformer of the Year Awards” will be presented.

At the same time, Messe München will also set emphases with its established shows in 2020. The events coming up at the home location of Munich include IFAT, which will again provide a new impetus for the megatrend of sustainability, as well as the traditional fairs analytica and electronica, which have already been highlighting industry trends successfully for more than 50 years. Among the events abroad, Messe München will be staging one of its highlights—bauma China. In addition, Messe München is investing increasingly in digitization in order to exploit new potential in the exhibition business. “With our digital products, we are extending the presence of our customers and exhibitors alike and are creating modern platforms for 365 days a year”, explains Klaus Dittrich.

You can also find more information on the media library page. 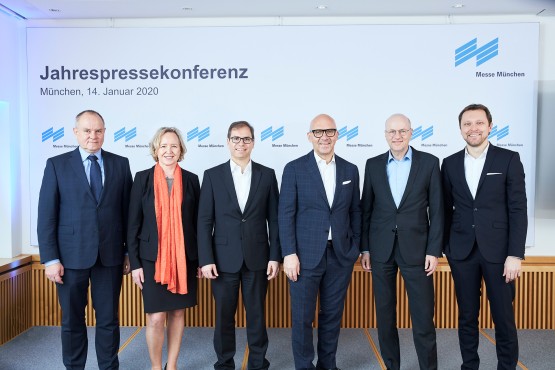 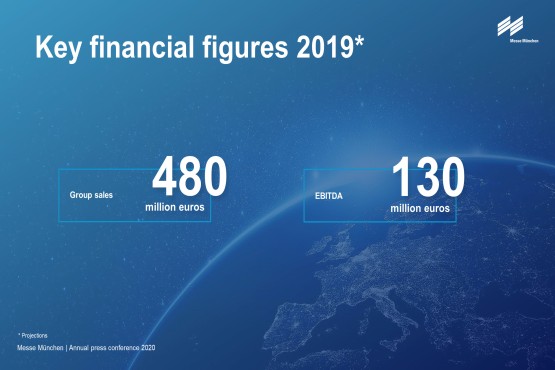