Messe München ended 2018 with new peak figures and is starting optimistically into 2019, a year that’s full of highlights. For one thing is already clear: bauma in Munich in April will break all records. As well as this event of superlatives, there’s a very special premiere in June: for the first time after 25 years, Europe’s biggest outdoor trade show again takes place in Munich under the new name OutDoor by ISPO. “Messe München is in a splendid economic position”, says CEO Klaus Dittrich. “So we are looking forward all the more to a remarkable year of fairs in 2019.”

In the year 2018, Messe München again grew at above the average. The 201 events worldwide last year at Messe München and abroad were attended by over 2.8 million visitors and about 53,000 exhibitors.

“All of our events went off outstandingly well in 2018”, says Klaus Dittrich, Chairman & CEO of Messe München. Thus, for example, EXPO REAL registered twelve percent more visitors than in the previous year and set a new exhibitor record. Around 2,100 international companies, cities and regions presented at the property fair in Munich—about five percent more than in 2017.

There were double-digit growth rates at quite a few of Messe München’s events abroad. At bauma China, for example, the number of visitors increased by 12 percent.

This success abroad also benefits business at the home location. Especially remarkable was the further increase in the number of international exhibitors (up by 8 percent) and visitors (up 5 percent) who traveled to Munich for the events at Messe München in the year 2018. Altogether, one half of exhibitors now come from abroad; among visitors, the proportion from abroad is 34 percent. Klaus Dittrich: “For us, this is a strong sign of Messe München’s attractiveness worldwide.”

In the black—nine years in a row
Which also has a positive effect on the volume of sales: for the ninth year in a row, the company has operated in the black. According to projections, Group sales in 2018 will likely amount to 415.3 million euros. Of this, about 296 million euros was generated in Munich. With an EBITDA profit—i.e. earnings before interest, taxes, depreciation and amortization—of around 57.9 million euros, that leaves a net income of 13.9 million euros. This is transferred in full to the two main shareholders, i.e. the Free State of Bavaria and the City of Munich, as interest on the shareholder loans for the construction of the new exhibition center. Which is now the case for the last time because the shareholders have agreed to a fundamental reform of the financial structure of Messe München.

Messe München repays loan of 520 million euros
At the beginning of 2019, Messe München repaid the loan of around 520 million euros granted to it in 1996 by its main shareholders the Free State of Bavaria and the City of Munich for the construction of the exhibition center. “For Messe München, this means that we now strengthen our equity capital and can be debt-free in 20 years”, says CEO Klaus Dittrich. For the City of Munich and the Free State of Bavaria, this repayment is “a considerable inflow of funds” that goes to benefit the citizens.

Thanks to its sound financial situation, Messe München has been able to pay for all acquisitions from its own resources in recent years. And the construction costs totaling 105 million euros for the two exhibition halls and the Conference Center Nord which opened in December 2018 were also financed by the company on its own.

Biggest bauma of all time
For Messe München, an extremely successful 2018 is now followed by a year full of highlights. “Awaiting us in 2019 is a fair of superlatives”, announces Klaus Dittrich. The world-leading trade fair bauma (April 8 – 14, 2019), which has long been the biggest fair in the world, will be even bigger this year. For the first time, it now has available exhibition space totaling 614,000 square meters. That’s around 9,000 square meters more than at the last bauma in 2016—never before has there been so much area. And for this reason, more participants are expected than ever: with more than 3,500 exhibitors and 600,000 visitors, Messe München expects this to be the biggest bauma of all time.

Premiere of OutDoor by ISPO
New location, new name, new concept: with OutDoor by ISPO this summer (June 30 to July 3, 2019), a further highlight follows in Messe München’s calendar of events. After 25 years, the outdoor industry is thus returning to Munich in the summer. “Together with the European Outdoor Group (EOG), we have developed a concept for this premiere that’s both innovative and forward-looking”, says CEO Klaus Dittrich. “Along with the industry, we’ll be rethinking and redeveloping the outdoor idea.”

Expansion of the IFAT network—environmental technology fairs are booming
The development of technologies for the protection of the environment is becoming more and more important worldwide. And so IFAT, World’s Leading Trade Fair for Water, Sewage, Waste and Raw Materials Management, is booming too. Messe München organized four trade fairs from the IFAT cluster in 2018: apart from IFAT with a record participation in Munich, there were fairs in Shanghai and Guangzhou as well as Mumbai. In addition, Messe München was involved in two partnerships with the leading trade shows for water and environmental technologies in Brazil.

The demand is increasing. And not only but especially in China and India. As from 2019, Messe München is represented in China with three IFAT events. Apart from the fairs in Shanghai and Guangzhou, taking place for the first time is IE expo Chengdu (June 27 – 29, 2019). In India too, Messe München is building a range of environmental technology fairs in 2019: IFAT India in Mumbai is now joined by a new addition in December—IFAT in New Delhi. Messe München is thus organizing a total of seven environmental technology fairs worldwide in 2019. “The increasing number of events abroad reflects the international importance of the subjects dealt with by our fairs”, says Klaus Dittrich.

With the new Conference Center Nord, Messe München can now offer an additional attractive location. There are a couple of new events that take place for the first time at Messe München in 2019; these include the general meeting of Wirecard.

A look at the subsidiary company IMAG
Our subsidiary IMAG organizes trade fairs and participation in fairs throughout the world. In 2018, IMAG carried out 29 events of its own and in cooperation—and these exclusively abroad. The subsidiary further extended its involvement in the growth market of Southeast Asia, for instance, with events such as architect expo in Thailand and Philconstruct in the Philippines. The construction and mining fair IranConMin in Teheran achieved positive results in 2018 and maintained its market leadership and high level of visitors in spite of difficult basic conditions due to the current political situation. As part of its activities in 2019, IMAG is again the European co-organizer of Auto Shanghai, the world’s biggest automobile exhibition. 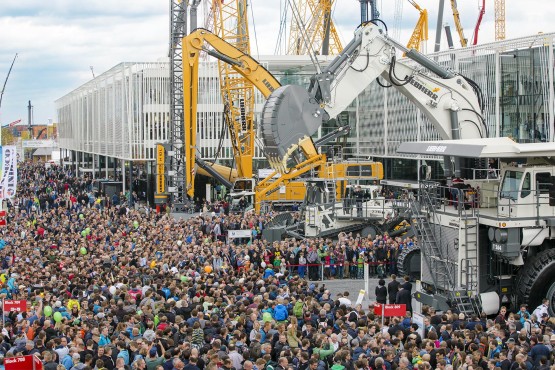 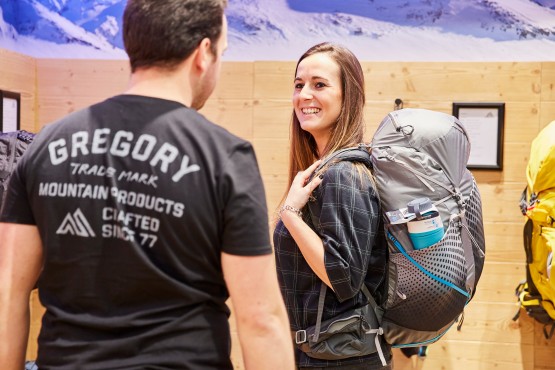 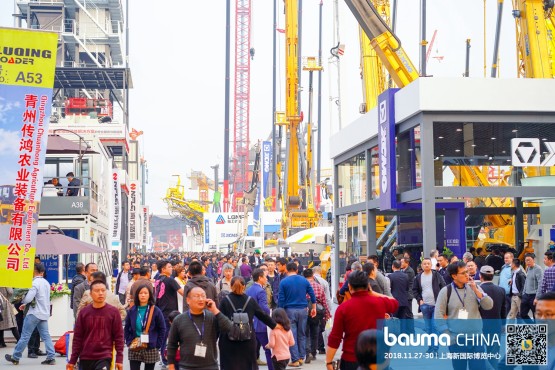 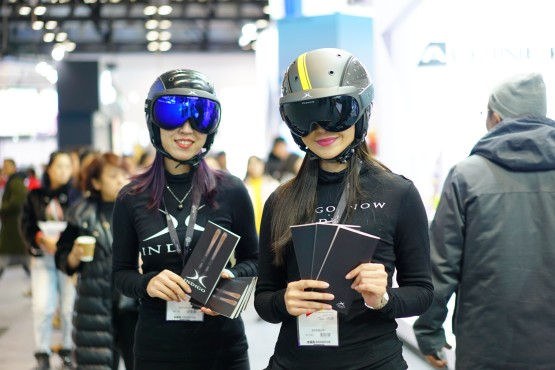