Things are looking good in the real estate sector. In the first half of 2018 the global real estate markets turned in their strongest performance since 2007.

“EXPO REAL 2018 is reflecting the boom in the property sector and has set a new record: 2,095 international companies, cities and regions exhibited here. In 2017 that figure was 2,003,” reports Klaus Dittrich, Chairman and CEO of Messe München. The biggest increase was seen among exhibitors from the UK, where the number rose from 16 to 47. The overall number of participants in the trade show rose by 6,6 percent to 44,536. Among them were mayors and CEOs from 24 European cities who discussed urban development. In total around 100 city bosses and government representatives came to Munich for this event. Dittrich pointed out that there were also “many start-ups who found cooperation partners and investors” in the Real Estate Innovation Forum.

Among the new exhibitors were major investors and asset managers such as Aviva Investors, but also locations such as Sofia and Liverpool. Core themes at the show were the opportunities and risks ten years after the financial crisis and global investments in the current phase of the cycle. John O`Driscoll, European Head of Transactions at AXA IM - Real Assets, said: “We are seeing an increase in institutional capital targeting real assets […]. We are in the mature phase of the traditional real estate cycle and also seeing some significant structural changes as demographics and the way people use physical space evolves.”

Sector demands new start for affordable housing
Whether in the conference program or at the exhibitors’ events: The sector engaged in intensive discussions on how to achieve affordable housing. Gunther Adler, State Secretary at the Federal Ministry of the Interior, Building and Community, explained at the show: “We must tackle this social issue through a joint package of measures by federal, regional and local authorities and the associations. In this legislative period we want to build 1.5 million new apartments—through tax incentives and affordable building initiatives. Because we can only have affordable housing if we also have affordable building.” Jürgen Michael Schick, president of the real estate association IVD, commented: “We need a new start for more new building, more home ownership and fewer regulations.”

Smart and digital
The digital transformation is bringing about far-reaching change in the real estate sector. More than 60 young technology companies presented themselves in the Real Estate Innovation Forum. In the conference program this was also a key theme. For example, Coen van Oostrom, founder and CEO of EDGE Technologies, pointed out that “big data enables personalized smart buildings that benefit from data-based decision making and predictive behavioral patterns.” Digitalization was everywhere at the show: At the Grand Plaza, the retail segment discussed how to attract customers online and offline; logistics companies explored ideas for mastering “the last mile”; and the hotel business looked at ways of breaking down the barriers between hotel property and hotel operations.

The 2,095 exhibitors (4.6 percent more than the 2,003 in 2017) came from 41 different countries. After Germany, the top ten countries of origin among the exhibitors were: Austria, Netherlands, Switzerland, United Kingdom (here the biggest increase, from 16 to 47), Poland, Romania, France, Luxembourg, Hungary and the US. 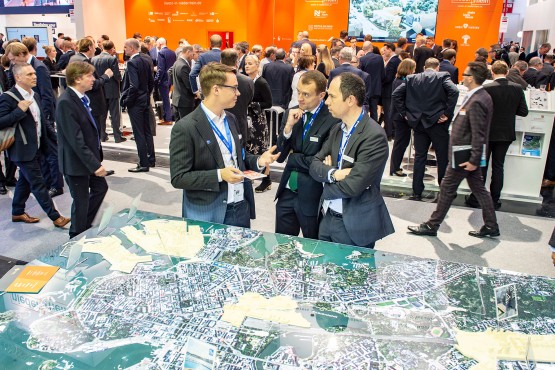 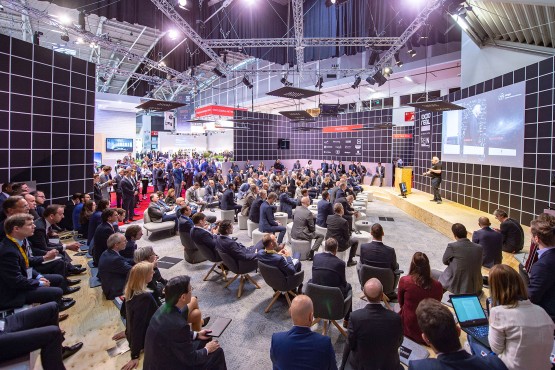