With an opening ceremony on December 13 in the presence of numerous industry representatives and politicians from at home and abroad, Messe München celebrates the completion of a visionary idea. The two new Halls C5 and C6 and the Conference Center Nord are being opened in a gala event.

With the inauguration of its new Halls C5 and C6 as well as the new Conference Center Nord, Messe München simultaneously marks its 20th anniversary at the location in Riem. After only two years of construction time, the company now has 18 halls at its disposal with 200,000 square meters of exhibition space.

The exhibition center in Riem, which was opened in 1998, is thus completed according to the original plans. The costs of around 105 million euros for the new halls and the conference area were financed by Messe München on its own without subsidies from the shareholders.

“We are celebrating both the 20th anniversary of Messe München in Riem and its structural completion as the achievement of people of vision, creativity and courage”, says CEO Klaus Dittrich.

“The new halls have long been needed: for four of our world-leading trade-fair events, all of the halls were booked out for years”, says Klaus Dittrich, Chairman & CEO. He emphasizes that demand is continually increasing—and especially the demand from abroad. “From Riem, we have built up Messe München as a global player step by step. The completion of the exhibition center in Riem is another milestone for our success in the future too.”

With its trade-fair events and congresses, Messe München strengthens Munich and Bavaria as a business location. As a result, Munich regularly becomes the most important meeting point worldwide for numerous industries as well as a hot spot for commercial and technical innovation.

Promoting future prosperity: Messe München as economic driving force
The significance of Messe München is pointed out by Hubert Aiwanger, Bavarian State Minister of Economic Affairs, Regional Development and Energy, who is also the newly elected First Deputy Chairman of the Supervisory Board of Messe München: “This is one of the crown jewels of the Bavarian economy. Messe München strengthens Bavaria as a business location both nationally and internationally. Each euro invested leads to a further ten euros that benefit retailers, restaurants, hotels and taxi drivers as well as tradesmen”, as Bavaria’s Deputy Minister President puts it.

Dieter Reiter, Lord Mayor of Munich and Chairman of the Supervisory Board, describes the facility as “exemplary in its orientation towards sustainability and energy efficiency” and as “architecturally the finest” and “the greenest exhibition center in the world.” According to the Mayor, “Messe München contributes substantially to the prosperity of the City of Munich.”

So on December 13, 2018, Messe München has every reason to celebrate. The Munich Symphony Orchestra is playing at the ceremonial opening gala, awaiting the guests is a festive gala dinner served by the well-known Munich restaurateur Käfer.

Recent history of Messe München
In 1992, the two main shareholders of Messe München—the City of Munich and the Free State of Bavaria—gave the go-ahead for the construction of a new exhibition center at the site of the former airport in Riem. “Without this courageous decision, Munich would be playing no further role today in the international exhibition business”, says CEO Klaus Dittrich.

In 1998, the trade fair moved from its old location at Theresienhöhe to the spacious site of the former Munich Airport in Riem. Here Messe München began to boom: in 1998, Group sales amounted to around 175 million euros; in 2016, a record sales volume of 428 million euros was attained. In its anniversary year 2018, the company has also had great economic success. The past year concluded with top performances and double-digit growth rates for some of its trade-fair events. 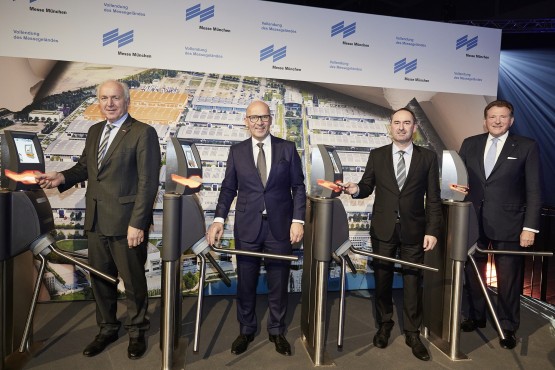 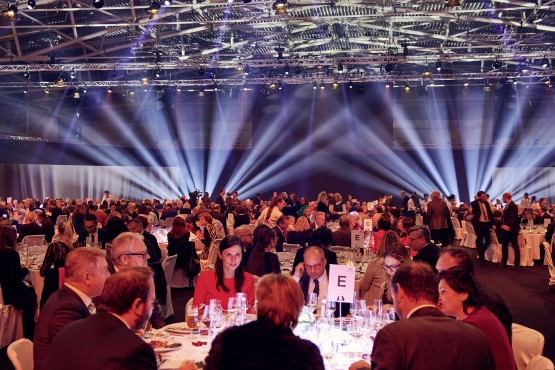 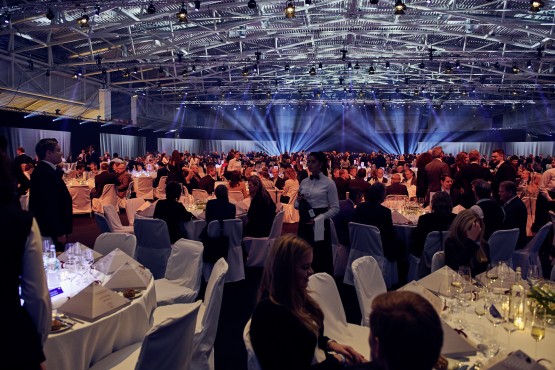 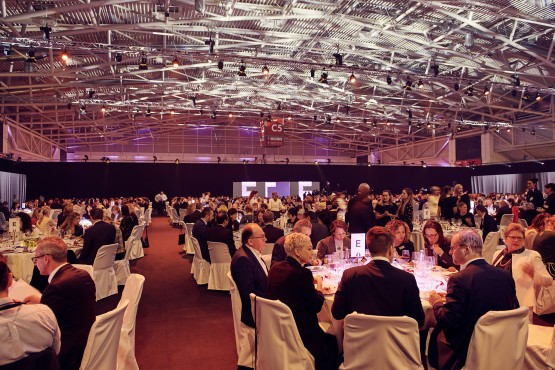 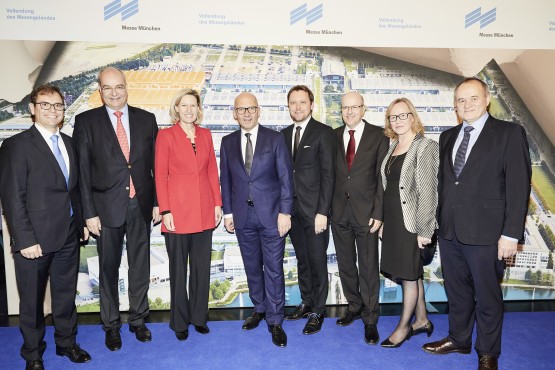 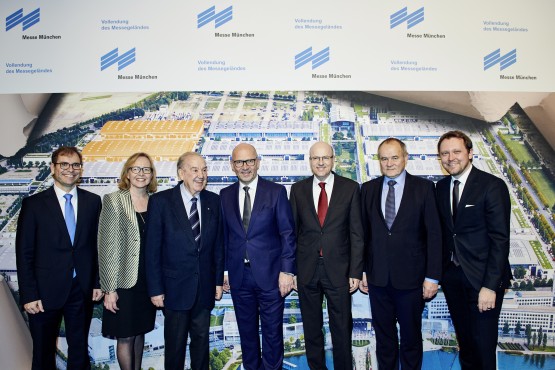 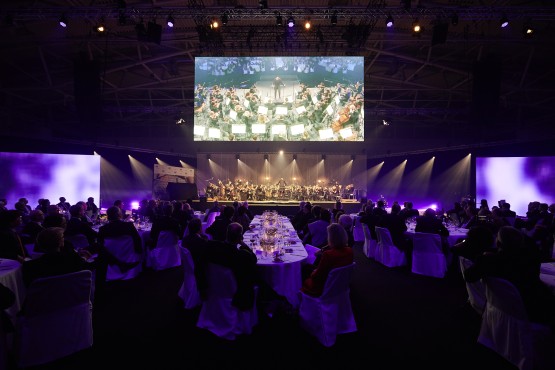 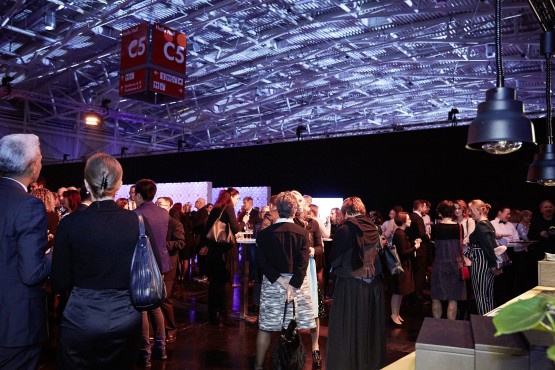 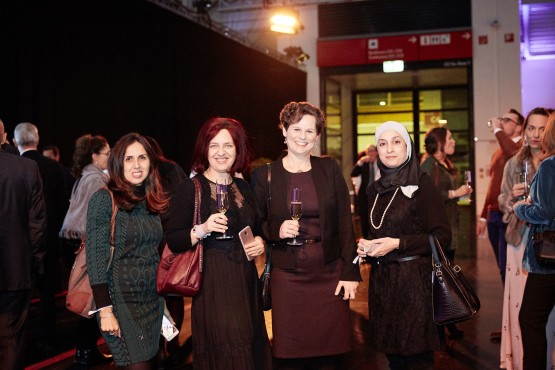 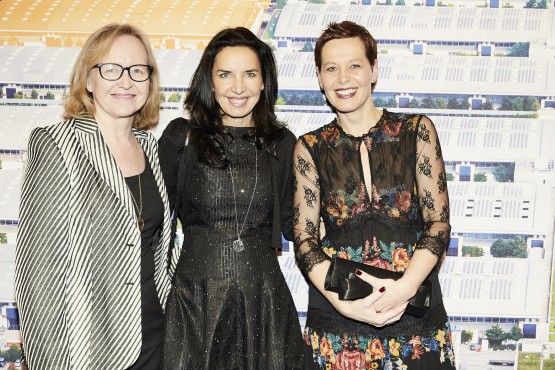 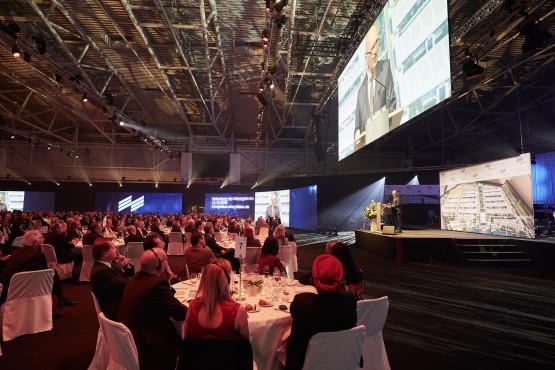 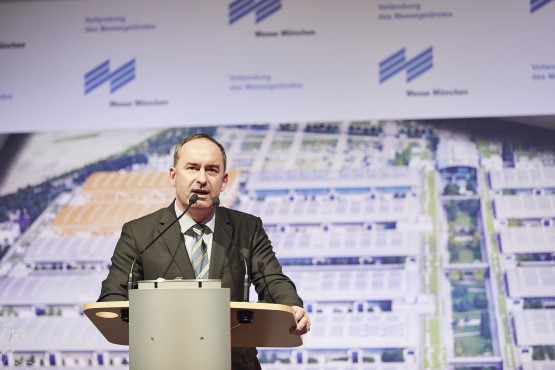 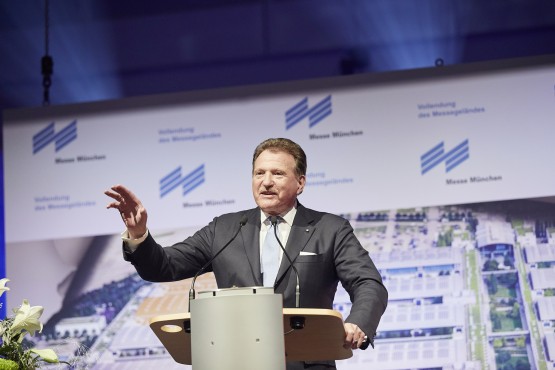 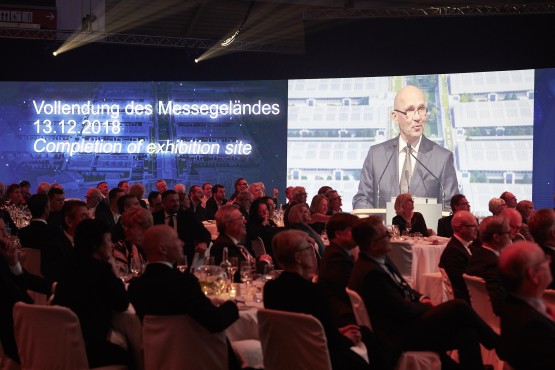 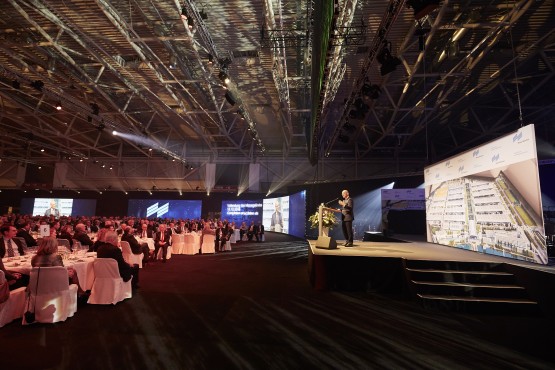 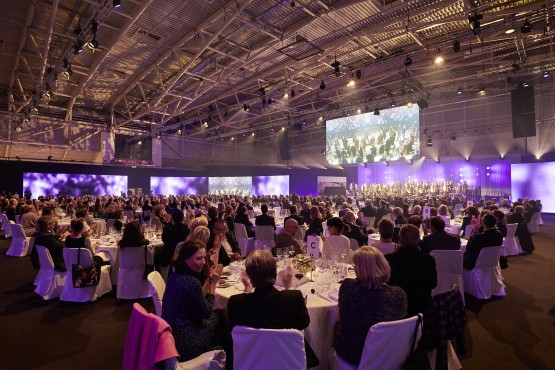